Learn how Nesbitt & Parrinello helps clients stand up rapid response operations on time, on budget, and in line with campaign strategy.

The Voter Project sought to respond to the dual threats facing Pennsylvania’s election: relentless right-wing assaults, and a pandemic changing the face of Election Day.

The Voter Project needed war room expertise, and they needed it fast. Nesbitt & Parrinello’s familiarity with the state, experience building effective war room research and vetting operations, and seamless remote collaboration infrastructure made us the best team to address Trump and his allies’ misinformation campaign in the midst of a pandemic.

While the legal team fought spurious claims of voting fraud in court, Nesbitt & Parrinello armed the response in the court of public opinion. In under 6 weeks, we produced 35 deliverables, vetted over 70 individuals, and tracked the selection of Election Day judges in 20 counties. Our team was able to go from press-ready research:

…to media placement in mere hours: 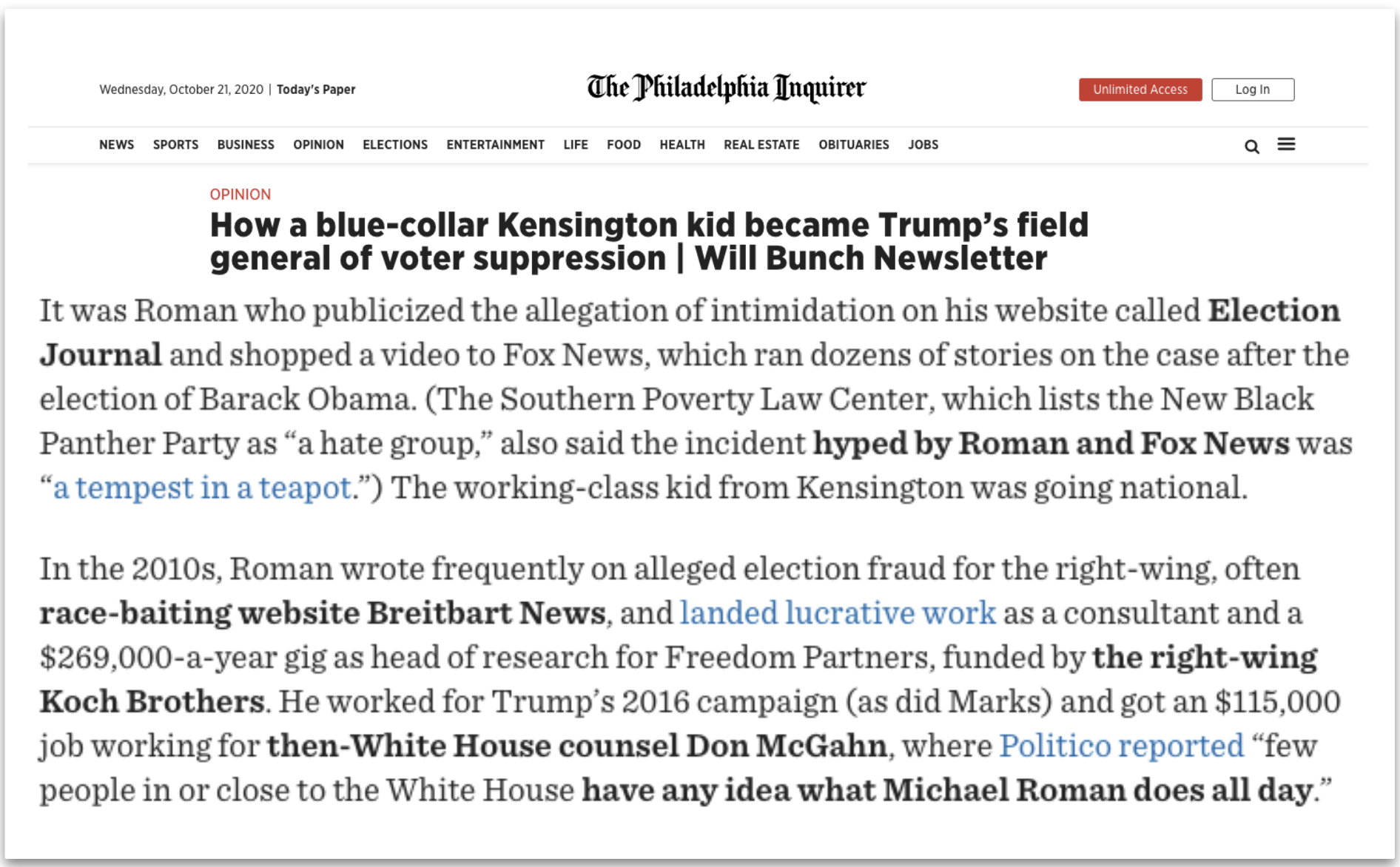 “Your research literally made this story. All we did was shoot them your doc and they used the links and everything. Even the screen grabs you saved before they were deleted.”

The Voter Project provided key information in the fight against misinformation in the days leading up to and shortly after Election Day, and The Trump campaign’s many lawsuits seeking to challenge the electoral results were soundly rejected.

In 2017, the Need to Impeach campaign engaged Nesbitt & Parrinello to design their research team strategy, operating model and rapid response war room. During the one year, $140 million dollar project, we designed the staffing model for the 12-person research team and compiled the research foundation for the Need to Impeach campaign that resulted in 7 million sign-ups in support of the campaign to impeach the president. Allen Nesbitt served as the research director for the campaign for the critical launch period of the effort.

In 2018, Nesbitt & Parrinello was tapped by then-State Treasurer John Chiang to provide research and rapid response team design in his bid to become the first Asian American governor of California. In the Democratic primaries, Nesbitt and Team Chiang unearthed evidence that one of his opponents, as mayor of Los Angeles, had endangered public safety through reckless fiscal mismanagement, prioritized self-enrichment in and out of office, and profited at the expense of the poor by working for exploitative companies such as the multilevel-marketing scheme Herbalife and Ameriquest, one of the companies that led to the housing crash in 2008.

Case Study: Winning the Fight for Our Planet

A list of Black political consultants for Democrats and progressive causes.

Apply to work with the Democratic Party or advocacy organizations and help us power progressive victories in 2021 and 2022 nationwide.