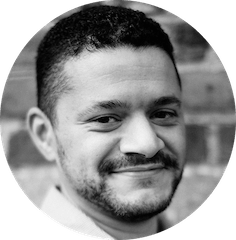 As the Founder and CEO of Nesbitt & Parrinello since 2005, Allen built one of the most innovative advisory teams in politics and the first such firm founded by an African American. In just three years, we grew the firm to 10 staff and generated annual revenues exceeding $1,000,000.

Allen is fanatical about innovation in the service of client success. At Nesbitt & Parrinello, he transformed political research by integrating cloud based collaboration, communication and workflow ideas adapted from social web enterprises. Our work has won awards and been featured in the New York Times.

Allen Nesbitt is the founder and CEO of Nesbitt & Parrinello, Inc. Allen helps labor campaigns, climate causes, their allies, and senior government officials understand and dominate their competitive environments. In 18 years as a strategic advisor, Allen’s teams have won fights for better health care that is more affordable and for great mayors in small towns. As a manager at Monitor Deloitte, Allen supported projects in government transition strategy, the U.S. Intelligence Community, and applied blockchain technology in healthcare. Allen has advised on projects up to $200M. Teams for which he is most proud to have helped served include: the only Indian American in the 113th Congress; the first openly gay U.S. Representative from New York; the first openly gay mayor of Lexington, Kentucky; the first Black U.S. Representative from Nevada and the first Black U.S. Senate nominee from Florida.

In 2018, Allen advised several of America’s largest independent expenditure campaigns. In California, Allen supported the creation and strategy behind the Need to Impeach campaign. He led staffing model design and research team design elements of the organization for its first year, during which the campaign engaged more than six million supporters.

Prior to the 2018 election, Allen and the Nesbitt & Parrinello team were part of some history-making races across the United States. In New York, Allen’s team supported Sean Patrick Maloney in his victory over Tea Party incumbent Nan Hayworth in one of the most competitive Democratic pick ups of 2012. With his victory, Maloney became the first openly gay member of Congress from New York. In an even closer race in California, Ami Bera beat Dan Lungren by just 5,700 votes. The Bera-Lungren matchup was one of the most closely watched in the nation, outside groups funneled $8.65 million into the race. Bera became just the third Indian-American to serve in the House and was the only such member in the 113th Congress.

As a sought-after advisor on statewide elections, Allen helped Virg Bernero win a tough primary for governor in Michigan and helped Kendrick Meek win a wild primary for U.S. Senate in Florida.

In state and local campaigns, Allen helped the Virginia Democratic Party win four seats in the House and take back control of the Senate for the first time since 1999. Allen and his team have provided research for state parties including the Maryland Democratic Party, the Minnesota DFL and the Indiana Democratic Party. Allen has been a Democratic opposition researcher since 2001.

In his consulting role at Monitor Deloitte, Allen worked to build a new practice in government transition strategy and he supported a team that won an HHS challenge around emergent blockchain technology strategy in healthcare.

Prior to becoming the first African American to lead a Democratic opposition research firm, Allen served on the research team of American Coming Together, the precursor to today’s super PACs. At ACT, Allen designed and programmed finance pitches that drove a record $202 million operation in the 2004 presidential election.

Allen grew up in New York City and in Kansas. He is a rabid Jayhawk who now lives in San Francisco.